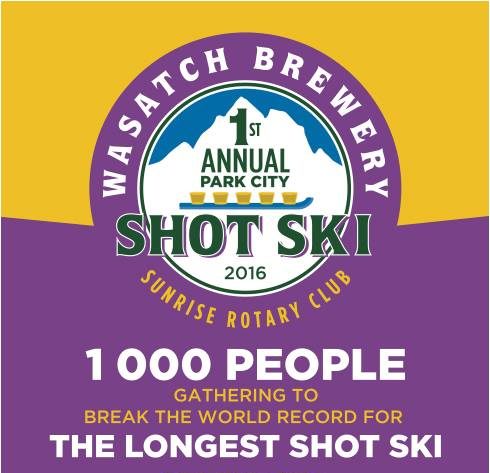 Ready to break a world record this weekend?!?  We’re ready to film one…

Wasatch plans to break Breckenridge Ski Resort’s “world shot ski record” of 881 people. Tickets are already sold out.  1000 (maybe more) participants are expected, with as many or more spectators. Participants will have their skis lined up from the top of Main Street (closed to automobile traffic) all the way down to Heber Avenue.

In case you were wondering what a shot ski is, here’s an example (imagine this with 1000+ people lined up one after another with skis connected at the ends)…